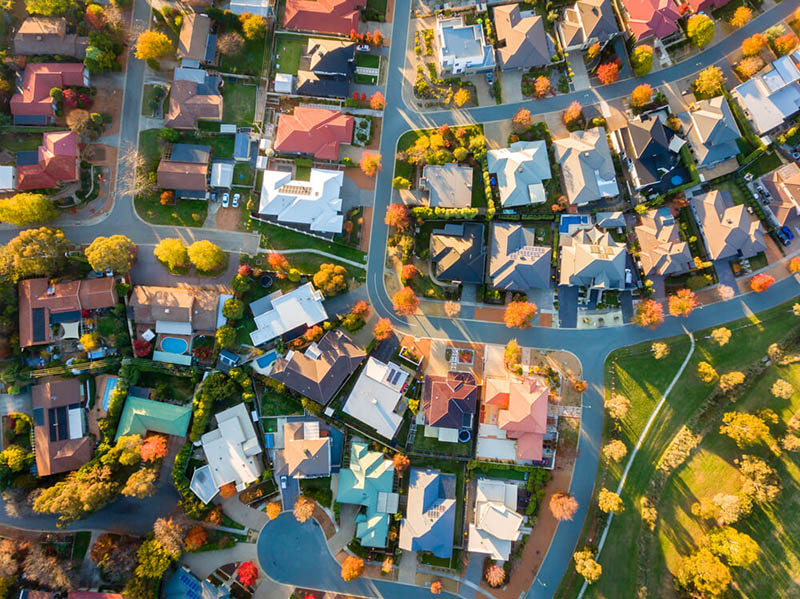 It’s been a tough year for the housing market.

We had the royal commission expose dodgy lending practices within our banks, a slowdown in median house prices, and a lack of consumer confidence in the market in general.

Now experts have come out to say the housing market downturn is likely to continue next year. After years of positive growth, this is bleak news for Australians across the nation.

But ignorance isn’t always bliss. Sometimes it’s a good idea to know what sort of financial climate to expect, so you can plan your property portfolio strategy accordingly.

If you own a property, or you’re looking to buy, it’s best practice to stay abreast of current predictions. In saying that, predictions are just that: predictions.

Markets can be volatile, and we never know what we’re in for until we ride the wave.

Let’s take a look at what the experts have to say:

The downturn so far…

For those who’ve been tuning in, this isn’t new information.

Back in July of this year, analysts from Bloomberg predicted that house prices would tumble a whopping 15% by 2020. Big 4 bank ANZ also weighed in on the matter, saying that it was likely that nationwide home prices would fall a cumulative 6% throughout 2018 and 2019.

Most analysts have agreed that Sydney and Melbourne are the top two cities driving this descent. This is because their high housing prices are generally more sensitive to tighter credit conditions and rising interest rates, according to ANZ.

But the downturn is still a sudden reality check for many. While this year has seen a severe drop in housing prices, the period between 2012 and 2017 saw extreme growth. Sydney house prices, for example, went up 84% over that period before falling 7.6% in 2018.

Many Australians may feel ripped off that this these good times have seemingly come to an end.

What does the future hold?

Experts are now confirming that the downturn in housing prices is likely to persist in 2019.

Analysts from QBE Insurance have predicted prices will fall 4.2% in 2019 and hit the lowest low in 2020.

But a recent Morgan Stanley forecast has reported that the current slump in property prices is expected to fall by as much as 15% next year! This is a more rapid decline than Bloomberg or QBE has projected.

If that prediction indeed comes true, this would mark the largest and longest decline Australia has had to face since the early 1980s.

Yet it’s not all bad news. Some experts believe that Brisbane, Adelaide and other cities are primed for growth. If this is the case, then those who reside in these cities may prosper during the coming years.

BIS Oxford Economics have forecast that Canberra house prices, for example, will actually rise by over 10% in the next three years.

Statewide, analysts have predicted that the median house prices in Melbourne will fall by 2.5% and those in Sydney by 1.2% by June 2021.

Why is this happening?

There are many different factors that have contributed to this slump.

The fallout from the royal banking commission led to tighter lending regulations, which made it harder for homeowners to obtain credit.

This is believed to have extended the housing market slowdown in Melbourne and Sydney, cities that are more vulnerable to these sorts of events.

Also, an oversupply of new apartments and diminishing migration numbers have resulted in supply outstripping demand. This is likely to have driven the trend of lower home prices, and is an ongoing issue.

QBE has predicted that foreign investment will fall in the coming years due to a number of different factors, including higher approval fees, stamp duty, and land tax charges.

What can you do?

The property market moves in cycles; what comes up must inevitably come down. But, all going well, it eventually comes up again!

It’s all about riding those peaks and troughs without getting too caught up in your emotions and the media frenzy of the moment.

Considering how rapidly Sydney home values skyrocketed (experts say it was around 60%) in past years, it’s only natural that we will now experience a swift plummet.

If you’re concerned how the current downturn will affect your finances, consider consulting a financial planner or investment expert to help you craft your property strategy.